Just like in sci-fi movies, hanging out and working with holograms of friends and colleagues in real-time is now a reality.
GAMING HOLOLENS MANUFACTURING MR USE CASES
Subscribe Back to blog
SHARE   |   0
Share
25%
Want to get more stories to your email?
subscribe

Imagine your business partner, half the world away in Shanghai, joining your meetings. Not his face on a screen or voice on speakerphone, but his full presence in 3D with virtual clarity. Imagine your ten-year-old nephew, living in Brazil, playing games with your child face-to-face without a ten-hour flight. “Holoportation,” which is a portmanteau of holographic teleportation, is the latest advancement in mixed-reality technology. It stands to revolutionize telecommunication and, in the process, improve how we conduct business, remain close to family, protect citizens, and record our memories.

The Methods Behind the Magic

The basic idea behind Holoportation is that a user can teleport his holographic presence into a different physical space. This breakthrough is achieved through 3D capture technology and mixed reality headsets, such as the Hololens. In order to “holoport”, each user must be in a room equipped with the capture technology, which reconstructs, compresses, and transmits the user as a 3D model in real-time. Equipped with a Hololens, the user is then able to interact with his partner’s 3D holographic model in real-time within his/her own physical environment. The effect? Your partner’s virtual presence right where you are.

1. A Game-Changer in Telecommunications

Beginning with writing and eventually resulting in telephones, we have developed methods of communication that allow our thoughts and ideas to be somewhere that we are not. In the last decade, advances such as Skype and FaceTime have allowed our visual likeness and voice to be broadcasted anywhere in the world. Still, this has failed to produce the sensation so vital in human interaction – presence.

Presence gives human interaction its fullness, its immediacy, and its urgency. From these are evoked the vital and primordial emotions of intimacy, trust, respect, and fear. Unfortunately, current forms of long-distance communication fail to capture these qualities. As such, the telecommunications industry has become increasingly interested in how to provide an adequate form of telepresence, which means to convey the feeling of actually physically being with someone through technology. Video conferencing and chatting technology are the crudest versions of this. It allows users to see and hear, but there is lack of dynamism and interaction. It is becoming abundantly clear that holoportation represents the largest step forward – and likely the portent of a complete solution – in the search for evocative telepresence.

2. Business, Industry, and Design Made Slicker and Quicker

We live in a world that is becoming ever-more connected. Increasingly, open markets and the proliferation of multinational corporations are ramping up the demand for close collaboration between individuals separated by continents and time zones. Holoportation bridges this gap in a way no previous technology has been able to. Representatives from the far corners of the Earth will no longer have to look at each other on 2D computer screens but actually be able to co-inhabit physical spaces, thereby affording them a host of new opportunities.

Architecture firms will now be able to showcase to their clients’ 3D models in real-time. This level of clarity in communication, free of the expensive transportation costs associated with face-to-face meetings, will greatly increase efficiency and satisfaction among both architects and customers.

Fashion designers will now be able to showcase real-life models wearing the latest trends to potential retailers the world round in a manner that allows everyone involved close inspection, foregoing the pomp and excess costs of elaborate fashion shows.

Manufacturing firms often must import equipment and specialists to train their staff in its use. Holoportation could allay the costs of needing to send such people in the flesh. Instead, through holoportation, dynamic, real-time training could be provided without inter-continental travel.

3. Hanging Out with Loved Ones Continents Away

Almost all of us have been away from home for extended periods of time and found ourselves missing loved ones. We write letters, make long distance calls, and plan Skype dates, but it just is not the same as being in the same room as them. It is here that, for many of us, the advantages offered by holoporting become apparent:

The key innovation provided by holoporting is that it opens up spaces for users separated by distance to engage and play with each other. This type of dynamic, cooperative, and informal interaction defines most of our important relationships. Without it, our relationships suffer. Skype and FaceTime are effective for “catching up,” but in truth, they often act as little more than spruced-up phone calls. As it becomes easier – and expected – for people to move and relocate about the world, the demand to remain close to loved ones in spirit will only grow. Very soon, we all may be holoporting home to laugh and lounge with friends and family.

4. Making Our Streets Safer and Our Courts More Just

The underlying technology, irrespective of the holoportation aspect, is the high-quality, real-time 3D modeling and rendering provided by the 3D-capture devices. When the Microsoft Research team released information regarding this project, they also announced that it records the sessions in 3D, virtual quality. These recordings can then re-inhabited in life-size or shrunk and placed upon a table for easy viewing. As this technology becomes cheaper, more efficient and widespread, it will have significant ramifications in terms of how we engage with memory and how systems of law are able to design surveillance.

The applications of this technology for law enforcement and disciplinary functions are clear and extensive. In all likelihood, the successful implementation of expansive 3D-capture systems to survey and protect areas in the mold of CCTV monitoring remains a distant reality. Its feasibility, however, is logical and its applicability obvious. Instead of video recordings that can offer unclear angles, this technology would provide exact replications of what transpired, removing doubt and bias from judicial proceedings.

5. Capturing Memories in Their 3D Completeness

Memory underpins how we as people understand ourselves. It does not exist as a pure recollection of true events but a sort of hybrid, creative synthesis of impressions, stories, and moods. Additionally, memory does not work for us as a tool of bidding but as a sort of irrational schizophrenic that spits out moments and thoughts, sometimes without apparent causal relation. At least that is the way it has always operated.

It is possible that rooms of the future could be rigged with his 3D-capture technology and in the same way we now decide to photograph or videotape a special moment, we may simply turn on the 3D capture. Instead of photos and videos, we will have fully-immersive 3D representations of what happened. Memories will no longer be dim yet poignant feelings but sharply, engaging visual experiences. Christmas mornings will no longer be captured in 30-second clips but able to be re-lived at will in virtual totality.

HoloLens is already changing the face of gaming but introducing games that involve overlaying the physical environment with virtual elements. Suddenly through the walls of your living room can appear alien invaders and out of the floorboard rasping skeletons. As holoportation technology improves, pretty soon your buddies can also appear in your living room in real-time, fully-rendered speed and clarity.

The simplest conceptions of holoported, mixed-reality gaming could be sport-based games such as ping-pong. Simply holoport your friend into your home, load up the app and begin competing.

It could also serve to augment traditional forms of multiplayer gaming by allowing you to holoport your friend right onto your couch. Then simply load up your favorite split-screen shooter, co-op zombie survival thriller or sports simulation on your preferred console and get gaming. The benefits of holoporting allow the full-range of trash-talking, in-your-face gloating, and sense of camaraderie that can so often feel absent in traditional online gaming experiences.

A Brave New World of Holoportation

In the coming years, holographic 3D-capture technology and its applications for holoportation and media will completely transform how we exist as social beings. The age-old dilemma of spatial separation is on the verge of being decided. From our homes to businesses to courtrooms, the advent and merging of virtual and physical worlds in real-time will bring us closer to each other than ever before. In the process, businesses will reap the benefits of rapid, real communication; loved ones will break the stifling limits of screen-based interaction, and police will be able to more safely and accurately monitor our streets. 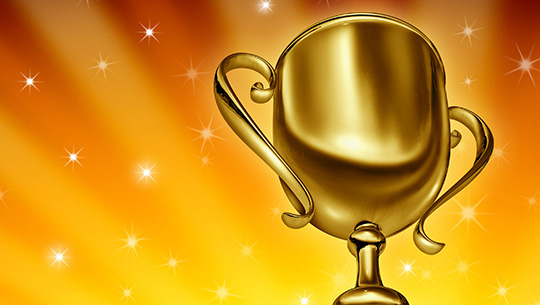 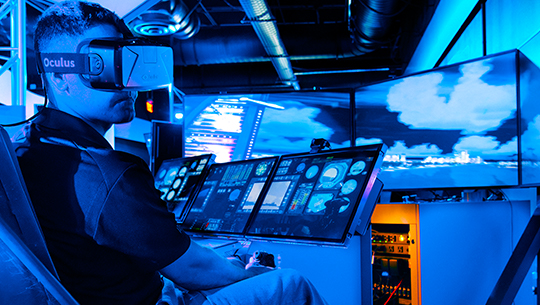 The Impact of Virtual Reality on the Business World
The impact of virtual reality on a variety of industries continues to increase constantly. Program-Ace analyzes the effect that virtual reality has on your industry and explores what is to come.
insights research
Read more 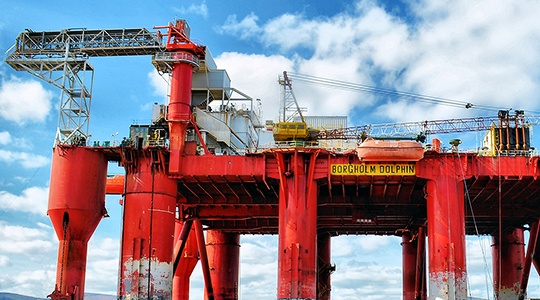 How to Boost Your Revenue with an Oil and Gas Simulation Platform
Oil and Gas platforms are very complicated systems, they are extremely dangerous and need to be served by qualified staff. We know how to solve this problem with the custom-developed VR simulation platform
research
Read more