Program-Ace Discusses the Challenges of Mixed Reality at HoloLens Meetup

As the first Ukrainian company that started working with HoloLens and mixed reality, we shared our experience with development youth
EVENT HOLOLENS MR
Subscribe Back to blog
SHARE   |   0
Share
25%
Want to get more stories to your email?
subscribe

Kharkiv, Ukraine is not only considered to be the second capital of the country but one of the most profitable innovation centers in Eastern Europe. No wonder that in such place Kharkiv Innovation Spot was formed: a community of development professionals aimed at changing the world through technology innovations. This discussion platform was created to debate the modernization of the IT industry. 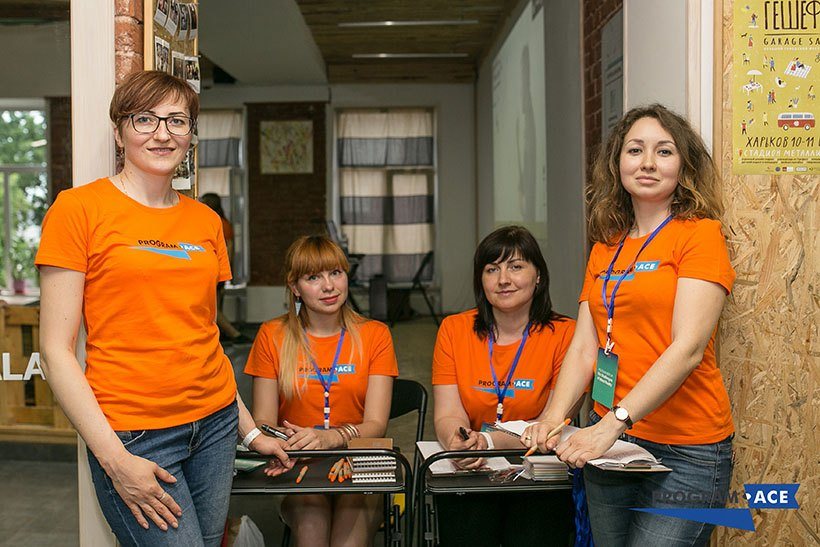 Program-Ace became the main organizer and sponsor of the KIS, featuring our mission to immerse the community in the practical aspects of developing apps for new devices, help them test new virtual reality headsets, and receive invaluable advice from industry leaders. The first event organized by Kharkiv Innovation Spot, led by Program-Ace, took place on June 8, 2017 and was held under the title “HoloLens Meetup: Holograms, Unity, and the Challenges of Mixed Reality.” 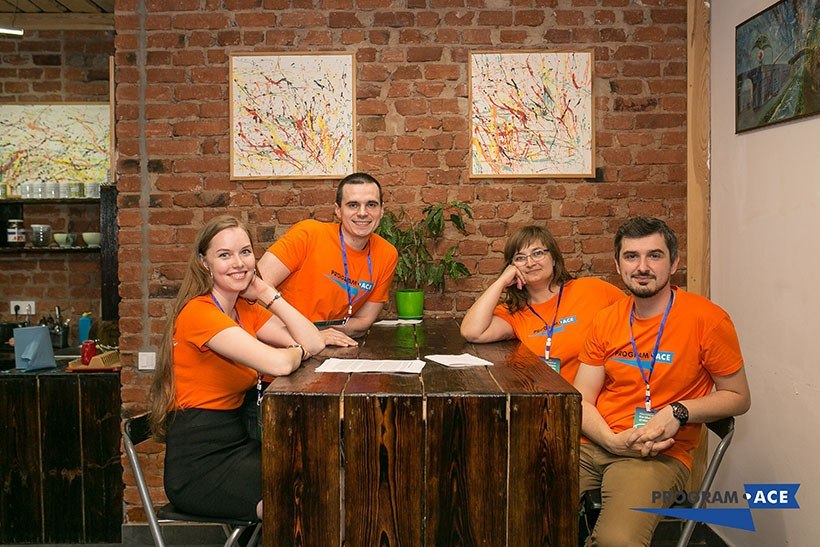 Program-Ace professionals presented their speeches to the audience discussing Microsoft HoloLens and its capacities. Denis Potapenko, CTO at Program-Ace, held the keynote speech in which he named the problem of conventional reality-altering technologies and talked about the ways mixed reality and, particularly HoloLens, solves some of them. 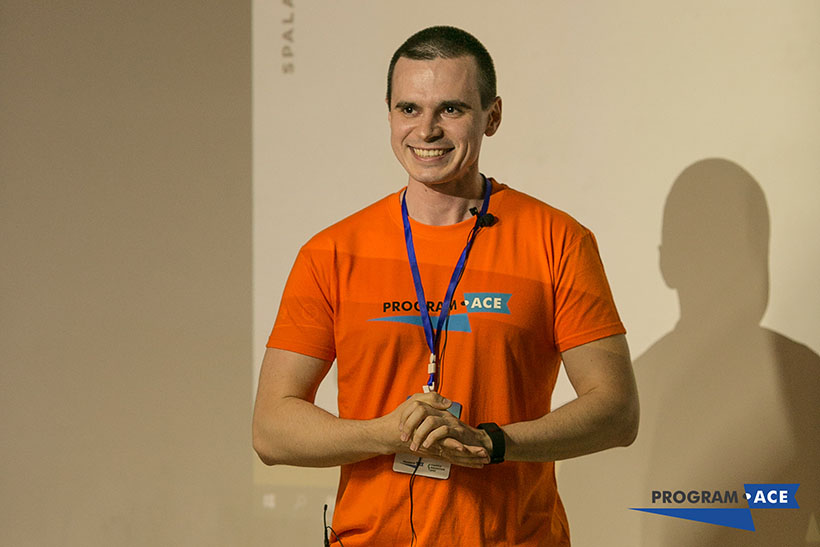 Anastasiia Bobeshko, a creative writer, and researcher at Program-Ace, presented a paper where she explained the difference between augmented reality and virtual reality and stressed the significant differences of mixed reality. She also explained the features and particular qualities of HoloLens and presented valuable advice for programmers, 3D modelers, and UI/UX designers on how to build and program holograms. Anastasiia also focused attention on the future of HoloLens and mixed reality solutions. 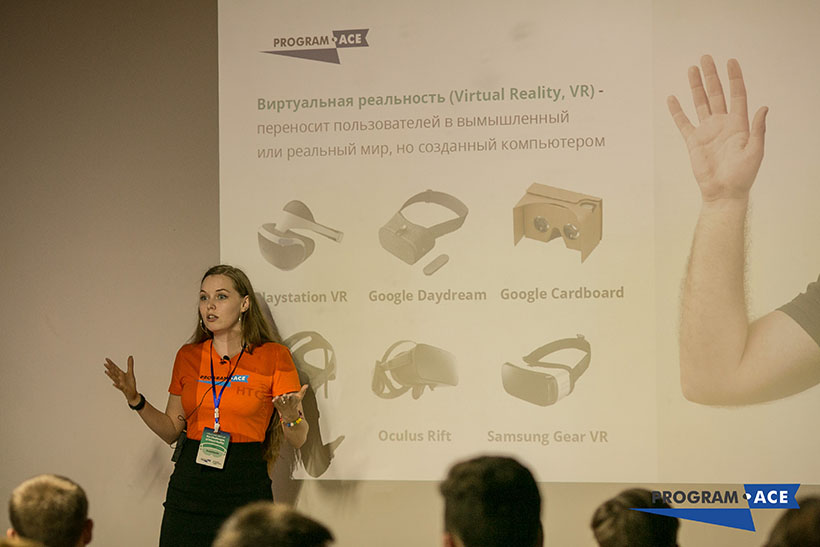 Alexander Tomakh, an R&D developer at Program-Ace, explained our expertise in porting augmented reality applications to HoloLens, a mixed reality platform. He pointed out the main problems we have faced during the preparation and development stages. He gave insightful advice on how to handle the upcoming issues and program gestures and voice commands. Alexander also devoted a lot of time to answer all questions and issues the audience had. 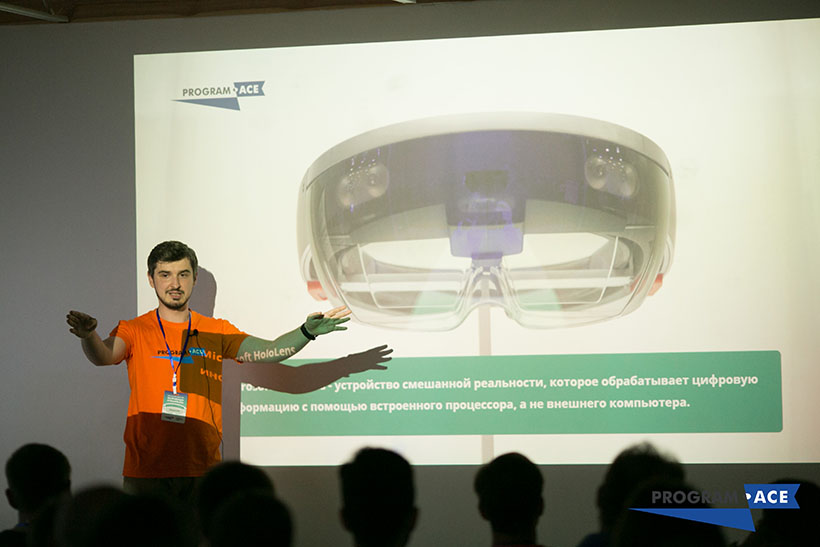 Yuri Sysoev, a project manager at Program-Ace, talked about the integration of OpenCV to HoloLens. He explained what tools and techniques we used to achieve our goals. Yuri also stressed that OpenCV is extremely easy to integrate into HoloLens. This event also became the first day we introduced MR.ACE, our SaaS platform for the easy development of mixed reality training. Yuri handled the project management, so he was the ideal person to present the platform and its mission to the audience. 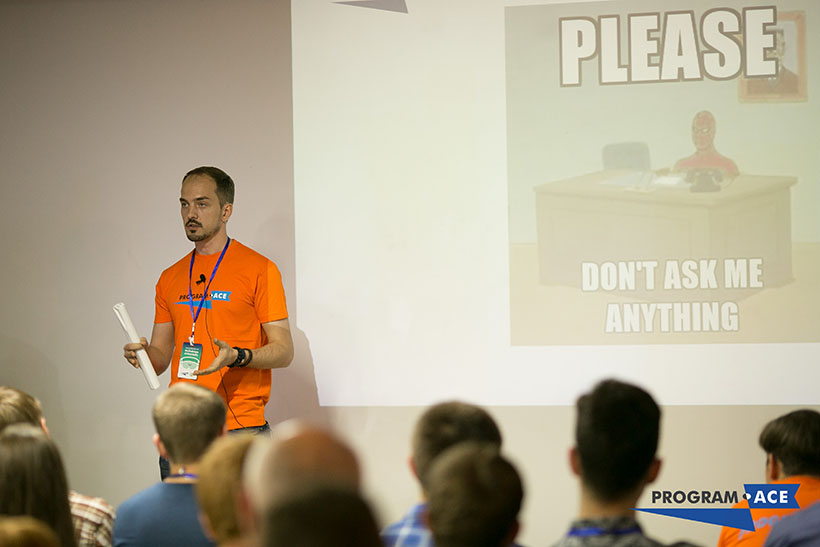 All the speakers also took part in the Q&A sessions where they, together with the audience, discussed the problems and features of HoloLens and the future of mixed reality in different industries. 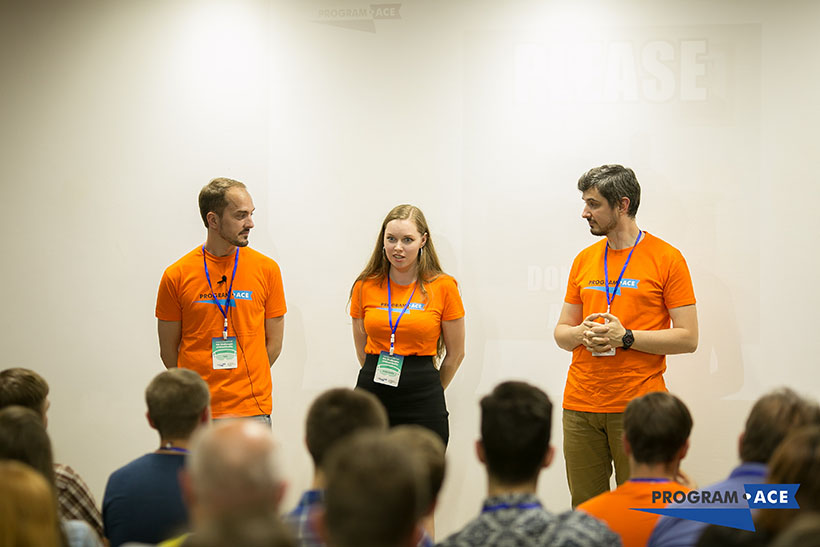 The Program-Ace team had also brought in the HoloLens, so everyone interested could try it on and feel its amazing capacities. 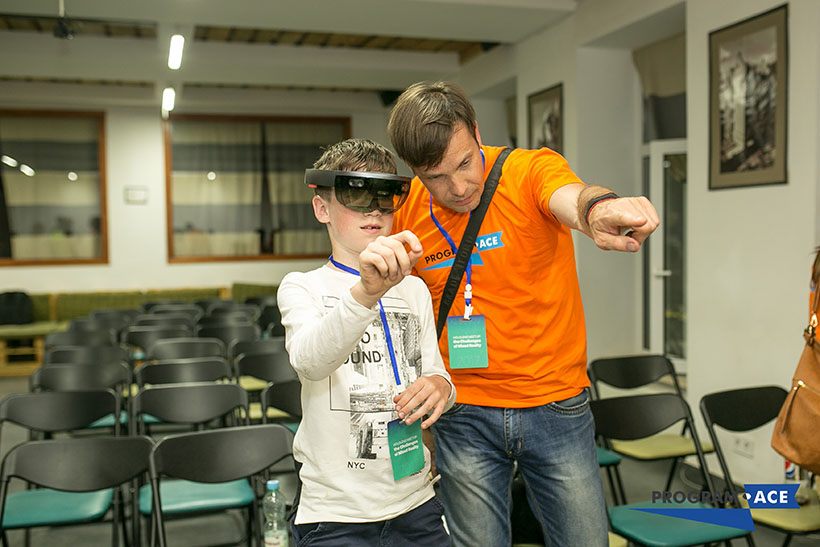 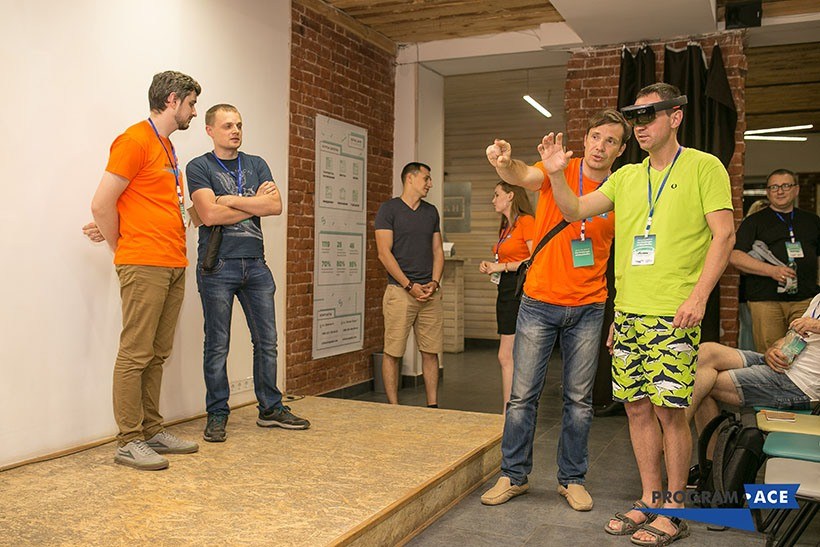 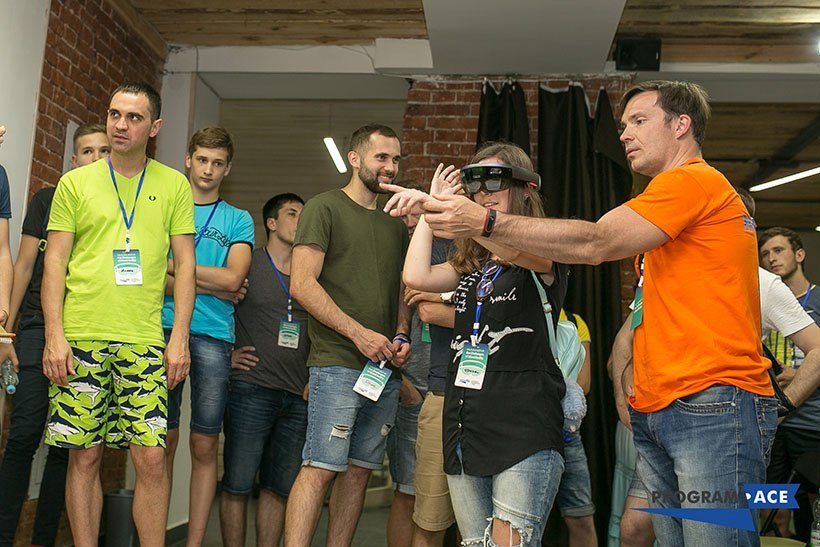 Program-Ace is excited to take part in the community development and explained today’s youth in contemporary advanced technologies. Our specialists are glad to share the experience with younger and older generations of developers, testers, designers, and analysts. 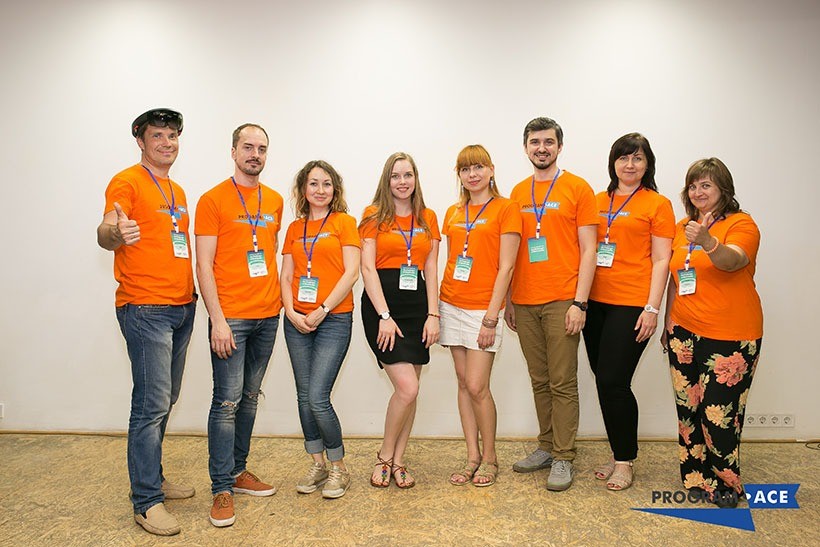 We will be honored to participate in such a fascinating event again and take part in the future meetings of Kharkiv Innovation Spot. We want to thank everyone who organized, spoke, and came to the event. 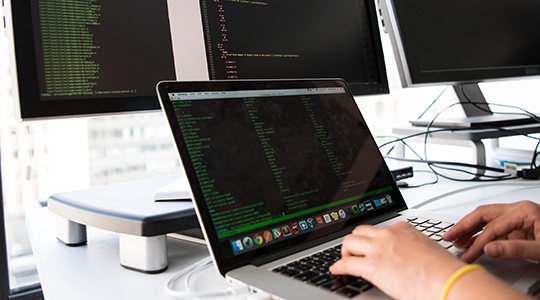 What does a Solution Architect do? - Job Description, Tasks and Certification
If you fall into the camp of those who want to know more about the solution architect job profile and perhaps work in this role, look no further, as we will share everything that you need to know about it.
insights research
Read more 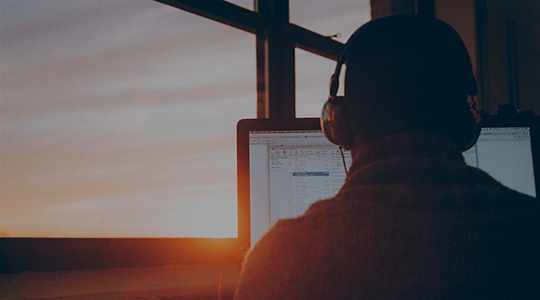 How to Find Developers for Your Startup
We decided to compile some helpful tips and strategies for finding the perfect developers who can deliver results and push your startup towards a new level of success and recognition.
Read more 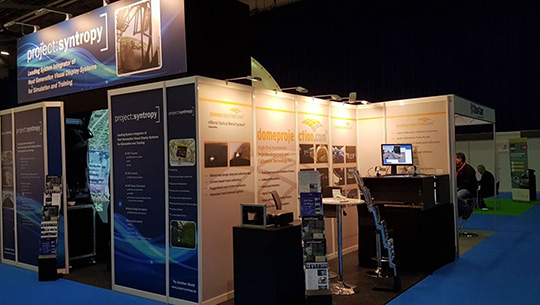 Program-Ace at ITEC 2017: Day 1
Today, on May 16th, 2017 the International Training and Education Conference, known to a broad audience as ITEC, opened the doors for over 120 exhibitors, 50 speakers, and 3.000 visitors. Program-Ace shares its impressions of the event.
news
Read more