React vs Angular: What to Choose for Enterprise Application

We know that React vs Angular topic is extremely delicate so today we want to talk just about facts: what is performance and development speed, which of them is preferred by huge tech companies and finally what is the future of React and Angular.
MOBILE WEB
Subscribe Back to blog
SHARE   |   0
Share
25%
Want to get more stories to your email?
subscribe

Disclaimer: we know that the React vs Angular topic is extremely delicate and engages two groups of developers into an aggressive battle in YouTube comments, Reddit and Quora threads since even the most unbiased articles seem biased for both groups.

Nevertheless, we’d like to share our two cents and compare React vs Angular to see how these technologies are used, when is the right time to apply them and why react is better than angular…or not?

We will touch on the major React vs Angular differences:

These are the questions we are planning to cover in this article. The answers to these questions are based on our own experience as well as extensive research and analysis that was done by other incredible developers across the world.

Let’s jump straight into it.

According to Google Trends, React is currently dominating the market compared to Angular. The increased interest for React might be explained due to its simple learning curve. Arguably, Angular is harder to learn since it uses more complicated programming concepts and a lot of math. You can see React vs Angular popularity head to head in the graphic below: 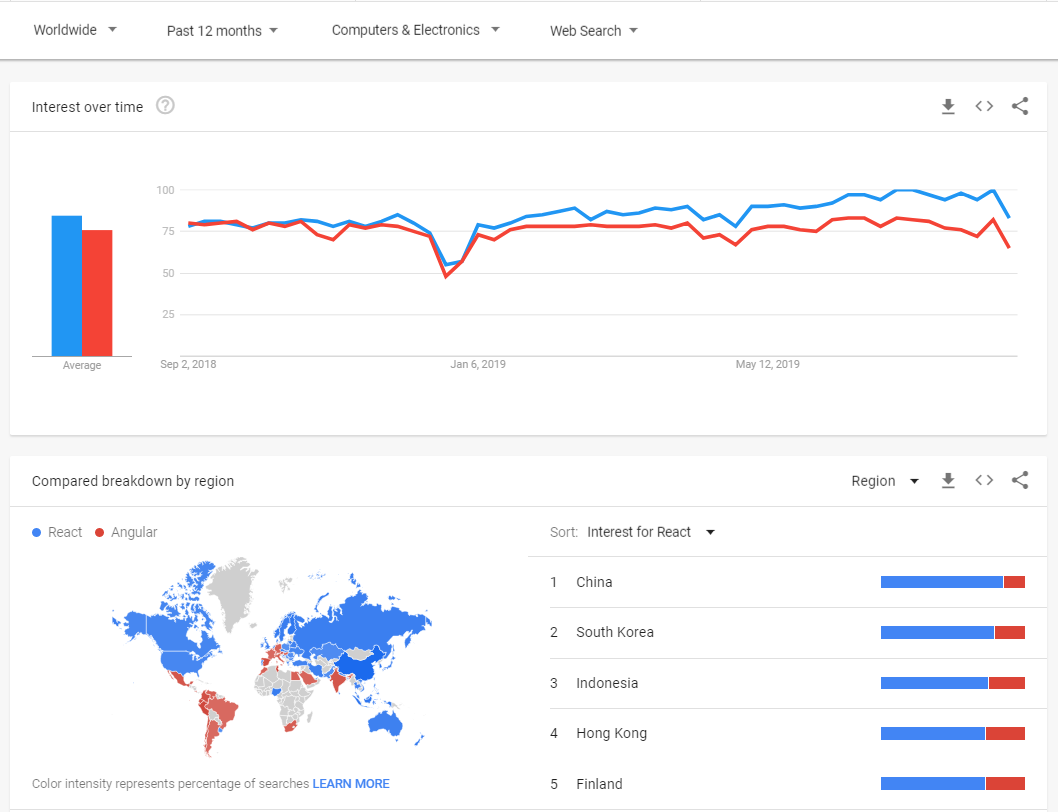 According to an article posted at Medium, Angular is requested by 21% of all employers while React accounts for 78.1%.

It’s said that Angular is used for web enterprise projects with bigger scale and adjustability in mind while React is the preferred choice for less resource-intensive web applications.

React vs Angular Differences and Characteristics

React is a JavaScript library that is mainly used for developing user interfaces (UI). React is mostly popular among freelancers, individual developers, and small dedicated teams because it’s easy to learn and implement. And this is how React is different from Angular in essence.

Usually, React is used to build single-page web applications. However, it can also be used to build mobile apps thanks to React Native.

Angular is an open-source web app framework written in TypeScript. Angular is a rewrite of Angular.js. It introduces new code architecture, syntax, and modules.

It’s used to build progressive web applications which require fast rendering. Apart from that, Angular can also be used to build mobile apps thanks to the NativeScript framework. NativeScript can transpile TypeScript to JavaScript which allows for mobile app development with Angular.

The biggest difference between Angular and React is that React is a JavaScript-heavy language while Angular mostly uses enhanced HTML.

When browsers render a web page, they load HTML faster since it’s a web markup language. In contrast, JavaScript slows down the page loading speed.

This is why it’s usually advised to put any scripts at the bottom of the page. You may often encounter various JavaScript optimization plugins for WordPress in hopes to speed up your website performance.

Apart from user experience, it’s also important to keep in mind the SEO factors when you’re developing your web application.

In this regard, Angular might be a better option. However, with React you can certainly expect faster development.

You can also check out “Angular vs React performance benchmark” to compare the speed results yourself.

However, others claim that neither of the technologies use these models and rely on component-based architecture which is present in both React and Angular.

The battles around architecture will never end, but neither of the technologies are “alone” when it comes to development of any apps.

React uses Flux architecture that complements the concept of unidirectional data flow and is used by Facebook.

Angular also supports unidirectional data flow, but only in versions 2 and up, while version 1 (AngularJS) was bidirectional.

The development speed highly depends on your team experience and expertise as well as familiarity with certain tools, methods, and technology stacks. Now let’s compare Angular vs React for enterprise use. 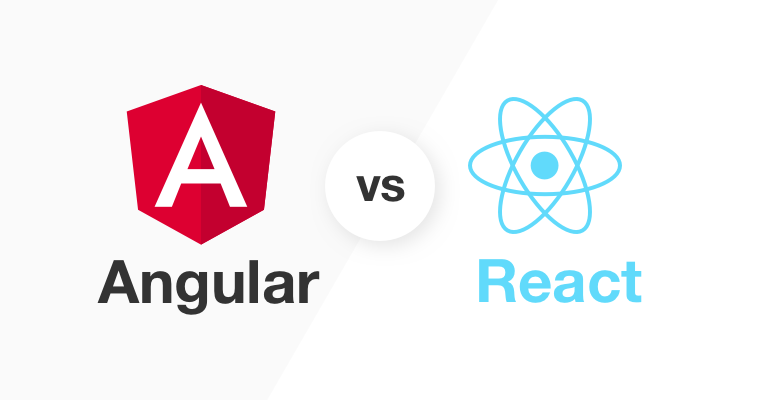 Angular vs React for Enterprise

When it comes to building enterprise application, it might be difficult to decide what technology to use and whether or not you can use it at all. However, both Angular and React can be used for enterprise app development because they are flexible and offer the right functionality depending on the scale of a project.

If a project is a complicated web app with many features, then Angular is the best choice for this particular project. In contrast, a React would be a better fit if you need to develop separate features or in-build them into the Angular code.

Can Angular be used for enterprise projects?

Yes. Angular comes as a standalone framework for front-end development and can be used for enterprise software development.

Can React be used for enterprise projects?

Yes. React can be used for enterprise projects, however, it uses many dependencies and may complicate the teamwork as the dependencies should be learned first by other developers.

React may appear impractical when working on larger projects, thus Angular is arguably a better choice for enterprise app development.

Let’s check out when to use Angular and React and who is actually using these technologies.

Who is using React?

The biggest companies that are using React are:

All these big brands have used React.js library for particular goals when building additional or core features for their products.

Who is using Angular?

While companies are using React to build certain elements, with Angular they usually build the whole web pages.

The biggest companies that are using Angular are:

Angular is a powerful tool which is utilized to build fully-functioning web applications and pages.

Know more about how to hire Angular specialists from Ukraine 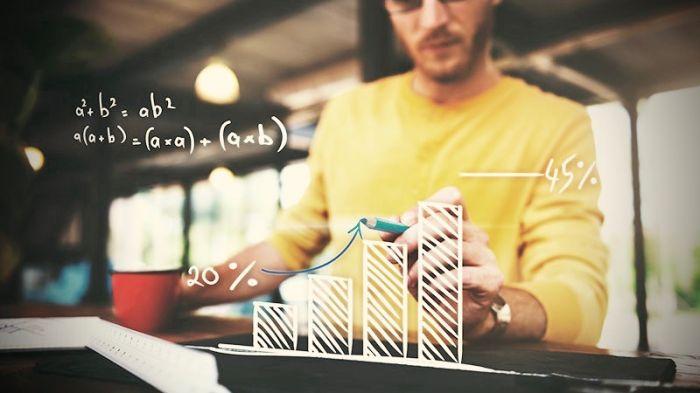 Statistically, you probably know already which is better React or Angular in 2019. Yes, both are great and both are going to be popular in 2020. And there are no clear React benefits over Angular or vice versa, despite active discussions on the topic.

Moreover, you can use React with Angular together depending on your project needs.

React is likely to be used by smaller teams for less ambitious projects targeting only certain elements that are needed to be developed. Surely, React can be used to build the whole front-end part of an app or page, but it may only be due to the developer’s familiarity and experience with React.

In contrast, developers are going to keep using Angular for more advanced projects as can be seen from the mentioned use cases above.

At Program-Ace, we provide both React and Angular development services since we have strong developers in our teams with this technology stack.

In case you want to consult with our experts, ask any questions, or want to hire dedicated Angular or React developers – feel free to contact us here. 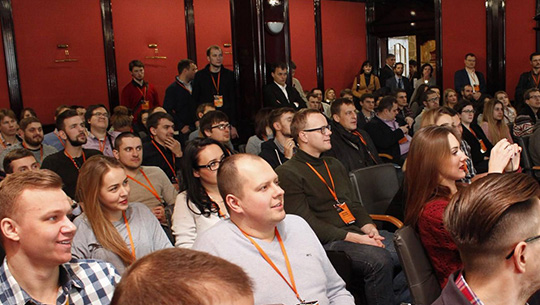 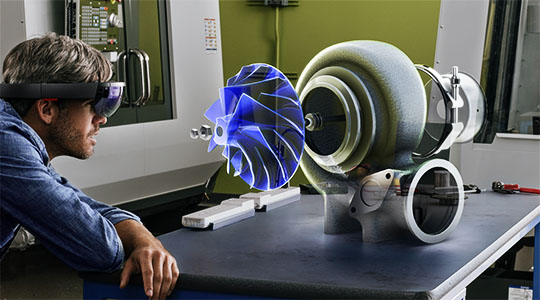 Developing Vuforia Apps for Hololens: Your Questions Answered
Program-Ace is one of the few companies that build Vuforia Hololens apps, and we are here to answer all of your questions about it on the basis of our experience.
Insight MR
Read more 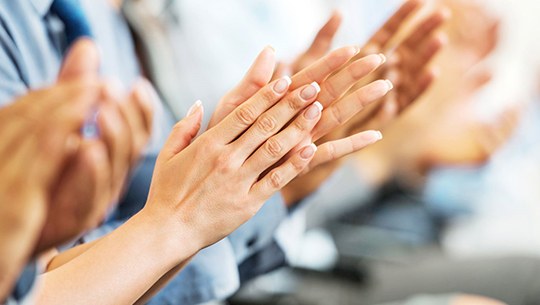 Program-Ace Has Been Honored To Become A Member Of ETSA
We are proud to announce that Program-Ace, an R&D software development company, has been admitted as a member of the European Training & Simulation Association (ETSA).
Award
Read more