How Good Is Node.js For Backend Development?

Without further ado, let’s take a look at what makes Node.js tick and how well it compares to other tools and technologies in backend programming
Web
Subscribe Back to blog

When a company provides a service to thousands or millions of users, they want to ensure that all relevant systems run like a well-oiled machine both for their operations and for the users. In backend development, this desire prompts hundreds of companies every day to choose the languages, software, and frameworks that will drive their service, but the choice is anything but easy. The use of Node.js for backend is one very popular choice, but it is hardly the only one.

Dozens of tools are available to businesses working on their server-side architecture nowadays, with each offering unique strengths and downsides. Given that Node.js powers over 100 thousand websites and some of the biggest online services around today, we decided to examine how well it works for backend developers all over the world.

Without further ado, let’s take a look at what makes Node.js tick and how well it compares to other tools and technologies in backend development services.

Looking for Node.js development services? Don't hesitate to press the buttons below!

About Node.js in Two Words

Node.js (NJS) is a runtime environment and framework of JavaScript that can execute JS code outside of web browsers. As such, it transcends the ordinary web user experience (where most JavaScript is used) and can be applied to server-side software, applications, and APIs that reside in places inaccessible to users – the backend.

NJS was created by Ryan Dahl and first showcased in 2009. Dahl’s vision was to create a framework that improved upon Apache’s limited connection capabilities, and he succeeded. NJS quickly became known as a framework of speed, efficiency, and relative ease. The core functionality comes from the use of the V8 JavaScript engine, with the addition of an event loop and input/output model.

What are the advantages of using it?

Many developers choose NJS for its speed, which originates from the V8 engine’s unique ability to compile JS code into machine code and have it run near-instantly. Furthermore, one of its biggest advantages is scalability – the ability to add nodes to existing systems quickly. In fact, it’s practically spelled out in the framework’s name.

Furthermore, it is extremely appealing to businesses, as it allows a single JavaScript developer to work on front-end and back-end tasks without hiring additional specialists.

Finally, it has a thriving community behind it, stable updates are released regularly, and there is a whole foundation (OpenJS Foundation) responsible for overseeing its growth.

NJS is a cross-platform framework, allowing programmers to build for multiple platforms (desktop, web, mobile). To get a better idea, take a peek at an extensive list of software types that can be developed with Node.js. As for examples of these solutions, it is difficult to imagine services, platforms, and software with a higher level of prominence:

Behind these titans of technology and internet activity are robust and versatile solutions built with NJS. You may see plain old JavaScript when accessing these services in your browser, but know that behind the curtain, Node.js is running the show.

Is Node.js Good for Backend? 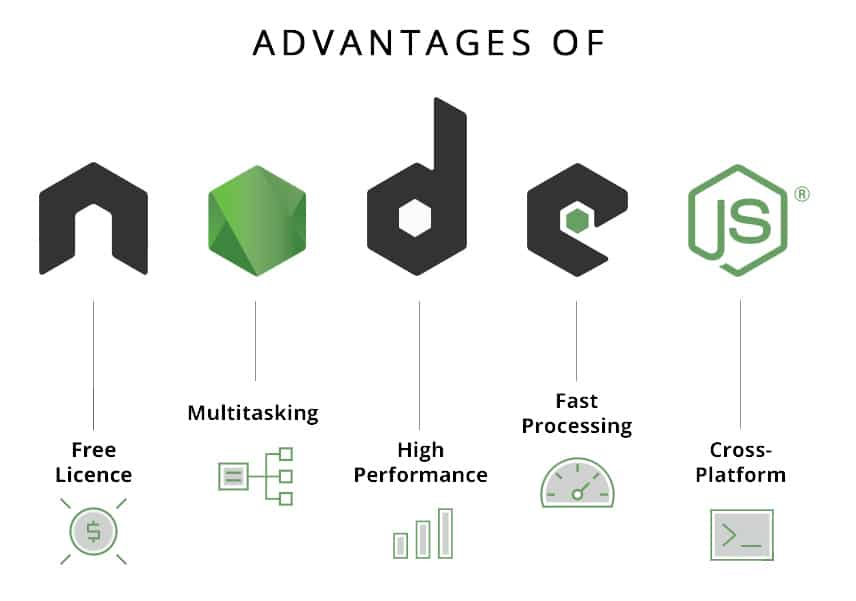 It certainly is. In fact, it was devised to be so. As long as a developer has a good understanding of JavaScript, they should be able to get into the framework easily and start building diverse solutions. With that said, there are certain situations and types of solutions which NJS is best suited to:

The input/output model used by NJS makes it very handy for streaming. In particular, active connections allow users to upload and download data simultaneously rather than the process taking place in turns.

This is another type of solution that plays to the strengths of the framework. When NJS is deployed with the right web sockets, even the most popular and active chats will function as expected, handling the massive traffic and maintaining great message delivery speed.

Online games usually involve a large number of connections that few runtime environments are equipped to handle. Thankfully, this one is built to handle such situations, enabling fast synchronization of data between the client and server and even allowing players to engage in multiplayer modes.

Single-page applications (SPAs) are a great option for NJS work because pages can be rendered on the server before this happens in the browser, so the user ultimately gets to see the content faster. This advantage is often compared to the abilities displayed by React and Angular.

Representational state transfer (REST) APIs are used extensively in server-side architecture and are an important part of making microservices work. ExpressJS (another JavaScript framework) combined with Node allows for the creation of responsive, lightweight, and efficient APIs of this kind.

As you might have noticed, all of the aforementioned solutions involve a large number of users and quick responses, which are exactly the kind of conditions that NJS is tailored to.

When You Shouldn’t Use Node.js for Backend

Despite the impressive nature of this runtime environment, it can’t do everything, and definitely cannot do everything well. Thus, let’s examine some scenarios and circumstances where the use of it is not the best choice.

Speaking broadly, NJS is not a popular choice for frontend development, and the logic behind it is solid. It is meant to allow JavaScript to run where it is not normally available, but all major web browsers have their own built-in JS engines and have no trouble executing the code. Still, developers that prefer to write NJS code can still adapt it to browser frontends with tools like Browserify and WebPack. Furthermore, it can be used to build the frontend of desktop or mobile apps, though you are much more likely to encounter developers using Node.js backend for iOS or Android apps.

CRUD applications are known for performing 4 basic types of SQL operations – create, read, update, and delete. With all the data coming from the server in a quick and efficient way, there is no need to build additional APIs and infrastructure with NJS. CRUD apps will work just fine without it.

Though the runtime environment is equipped to handle countless simultaneous connections, we see an entirely different picture when it comes to big requests. The event loop present in it does not distribute CPU effectively for big requests, causing severe blockages and speed drops. Short and small queries are much more suitable and encouraged. 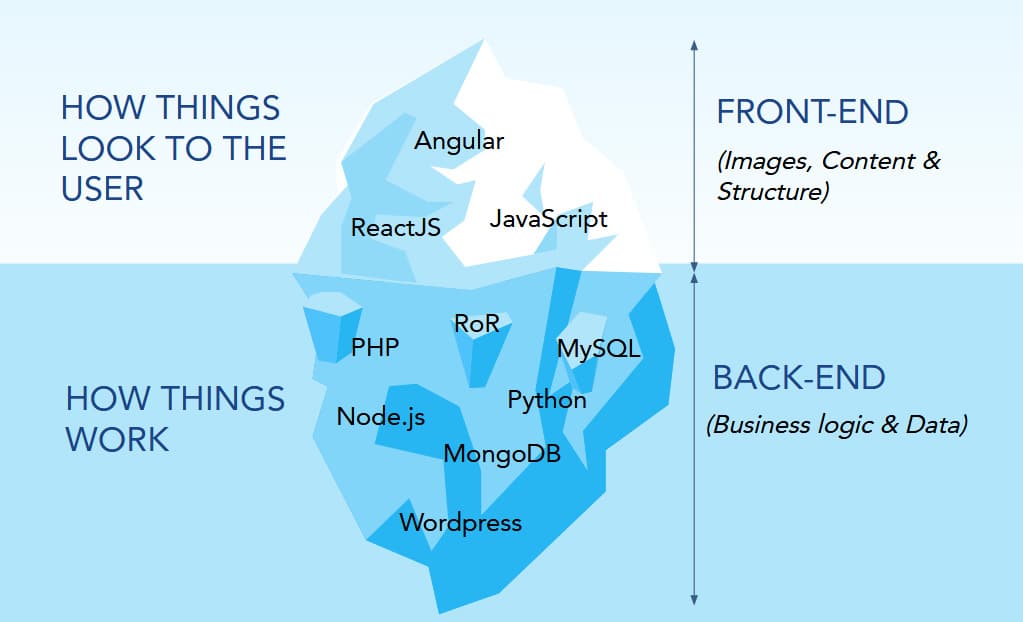 Now that we have gone over the basics of the framework, let’s examine how it stacks up to the other leading tools used by programmers.

Node vs Java for backend

Both options are great in their own right, especially under different circumstances. For example, Node is the more popular and helpful choice when it comes to desktop apps, while Java dominates the Android platform. Another example of their differences pertains to threading: Java web servers are multi-threaded (code is processed more efficiently), while Node is single-threaded, causing blocks and slowdowns when bulky requests are sent to it. On the other hand, Node is much easier to learn and has a faster development time than Java, as well as better scalability with hardware.

Node.js vs Python for backend

Python is the better choice when it comes to servers performing numerical computations and machine learning, while Node.js excels in most general types of web services, especially real-time applications. Unlike Python, NJS supports asynchronous programming by default, allowing for better and faster scalability.

Node.js vs PHP for backend

PHP has a much broader level of support for server management systems, and is recommended for services that will use CMS and/or relational databases. It also requires less code, though Node.js makes it much easier to reuse code. NJS also boasts a faster execution speed and does a much better job of delivering data from the server efficiently in service calls.

Node.js is preferred by developers for its error-handling mechanics and wide array of tools available, while GO generally executes code faster and better copes with CPU-heavy tasks. Another area where GO excels is scalability, where it is the superior of the two.

C# backend development primarily takes place with ASP.NET, which tends to offer a better quality of code and faster speed (due to multithreading). Conversely, Node.js has a much easier syntax allowing for faster code writing, supports diverse code sharing, and has a much bigger Package Manager than its ASP.NET counterpart Nuget.

The two options have similar levels of performance, so their main differences lie in syntax and ecosystems. Node.js is much faster to write allowing for faster prototyping and testing, while Scala’s syntax, though complex, is much more strongly typed and safer to use. In terms of ecosystems, both are expansive, but NJS takes the cake with its larger community and wider array of tools.

Without a doubt, there is more to compare about these languages and frameworks, and whole articles could be devoted to each comparison. For the sake of brevity, we opted to give you the key points in a nutshell.

Whether you want to extend your team or hire an entire group for your Node.js project, you will need a reliable partner to get the work done within budget and schedule. Program-Ace is one such partner that is ready to help and help effectively. Our staff includes dozens of capable developers with past experience on NJS projects of varying sizes. Our main services in this field include application and full-stack development, server-side programming, as well as porting and migration, though we are also ready to accommodate custom requests.

If you want to learn more about our possible cooperation and begin discussing how your project can be made real, just contact us when convenient. We can’t wait to hear from you! 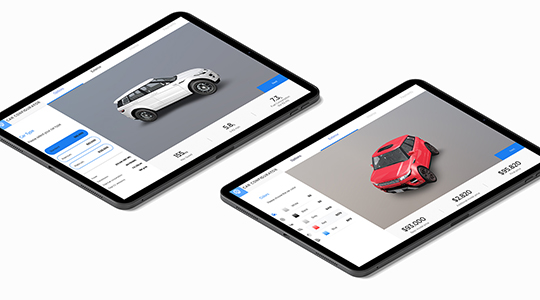 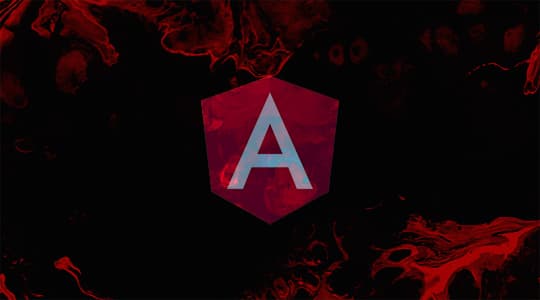 Hire Angular Developers in Ukraine with Program-Ace
To get the best combination of cost and quality, you should go into the hiring process with relevant and helpful knowledge, which we are here to provide.
Insight Web
Read more 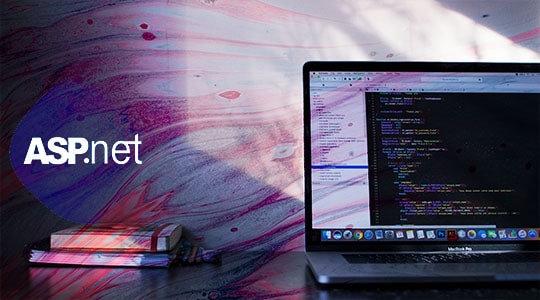 How to Create Web Service in ASP.NET
We are here to give you the rundown on ASP.NET and answer your questions about development.
Insight Web
Read more