How to Create Web Service in ASP.NET

When large groups of web developers gather to talk about their favorite languages and frameworks, names like Java, Python, PHP, and React often come up in the conversation. These languages and frameworks are behemoths in the programming community, but their ranks have swelled recently with the addition of ASP.NET as a mainstay. This framework is engaged in over 37 million websites, and the usage certainly exceeds that of Java or Ruby.

There are many convincing reasons to build your website and its services with this framework, but a basic understanding of how to create web service in ASP.NET is recommended before you jump on any projects. We are here to give you the rundown on ASP.NET and answer your questions about development.

As you probably know by now, ASP.NET is a framework used to build web services, including APIs, applications, and dynamic web pages. This is quite a versatile choice for developers, allowing them to build cross-platform solutions accessible on most devices that connect to the internet. It was first released in 2002, and has undergone numerous changes and updates over the years.

Microsoft is the company behind this creation, and they built it jointly with .NET, a major framework applied in development for Windows devices. Although ASP.NET was replaced with a functionally superior version called ASP.NET Core in 2015, Microsoft continues to release updates to ASP.NET and programmers continue using it and contributing to its thriving open-source ecosystem.

Developers are very practically-minded people, and typically pay more attention to functional aspects of programming than style. Thus, the numerous features that ASP.NET brings to the table have truly won over thousands of programmers and made the framework one of the all-time greats. Some of these great features include:

ASP.NET can currently be deployed on Windows, Linux, and MacOS, while applications built with it can be easily packaged into Docker containers and images.

All the processes of a running application are monitored, and when something goes wrong, it is usually quickly fixed. For instance, if a process stalls or produces errors, it can be quickly closed and restarted. The same applies to memory leaks and loops. Most issues that arise can be prepped for using Action Filters.

Developers have a much simpler experience of writing code because they are armed with numerous compilers and do not have to rely on technologies like many other web technologies. Furthermore, as the code is executed on the server before browser access, such applications tend to run at a breakneck speed.

For most specialists starting ASP.NET, their journey begins with the Web Platform Installer. This software lets them download the essentials of development – Visual Studio, .NET framework, and SQL Server Express. From this point, they add to the stack with their own preferred tools. For example, LINQPad is helpful in prototyping, debugging, and testing LINQ queries, while VirtualBox can be used to simulate a machine and test websites in different browser versions.

Let’s look at some of the most common questions that come up regarding ASP.NET.

Is ASP.NET good for front-end or back-end web development?

Both, but mostly back-end. Most of the time, developers use it to build server-side applications and APIs, but the front-end side cannot be discounted. After all, ordinary web users access millions of web forms and .ASPX pages built using this technology every day.

Can ASP.NET be used for desktop apps?

Yes, but not very effectively. It was designed with web services in mind, so it is quite rare to find programmers ready to do the finagling of adapting their code and products to desktop. Though it is not very efficient, you can still adapt your web projects to desktop software with the help of Windows Forms, Windows Presentation Foundation (WPF), Universal Windows Platform (UWP), or ElectronNET. It takes a skilled programmer to know how to make a desktop application in ASP.NET.

What is the difference between ASP.NET MVC and ASP.NET Core?

ASP.NET MVC is an older framework and can only be hosted by IIS web servers. In contrast, Core can be hosted on any platform. To give a bit of background information, MVC was first released in 2012 as an offshoot of ASP.NET that supports the “Model, View and Controller” approach to app design. Microsoft finalized the release of updates for this framework in 2018, as it became part of Core at that time. Nowadays, a typical ASP.NET MVC development company will also work with CORE and related tech stacks.

Given the wide variety of solutions that can be built with ASP.NET, the development process varies from one project to another. To give you a basic understanding of how it usually works, let’s review the typical stages of building a backend Web API:

At the start of a project, a programmer will usually receive the project requirements and start preparing based on them. For example, they will learn about what the API is intended to do, which features should be incorporated, the expected daily load, etc. To get the gears turning, the ASP NET web application developer will create a new project in Visual Studio (or another compatible IDE of their choice) and input the basic settings. For example, in VS, they will select the “Web Application” project type on basic or Core, and select “Web API” for the application type. For other project types, the options “Web Forms”, “MVC”, “Single Page App”, and “Azure API” will be accessible.

Working in Visual Studio, specialists will then input the relevant code (often taken from a compiler with appropriate changes) and scripts into the project folders. To set up routing of HTTP requests, the Routing Table can be used, with custom or template settings added in this menu. As for users that will access the API, their data can be inputted in the “Models” folder of Solution Explorer, while read/write accesses can be established by adding a new Controller in the Solution Explorer.

One of the most common approaches to deployment is to use a dedicated server and IIS (Internet Information Services). With this approach, a localhost address is added in the IIS software, and a bit of finagling with a “hosts” file will allow the web browser to access the API files. At this point, queries can be tested through HTML input, jQuery, and Javascript.

It’s hard to get a new application or API running from the first try, so troubleshooting and bugfix is a staple of the process. The errors received and issues identified during the testing phase are collected, and the process goes back to stage 2, where the necessary fixes are made. Accordingly, repeated deployment and testing then take place. This continues until all of the issues have been ironed out.

The title is pretty self-explanatory: the ready solution becomes live and globally accessible, though monitoring of performance and errors continues.

The world of ASP.NET software development is huge and very diverse, so programmers and teams can be tasked with different goals and projects. Some of the most common services in this field include:

For companies in need of these services, the learning process can be a bit overwhelming. Though plenty of educational materials are available from Microsoft and other providers, serious projects will require in-depth knowledge and skills to deliver at a high level of quality. As most businesses lack the relevant specialists or the time to train them, they commonly hire partners and companies ready to provide specialists or distributed teams.

How to Find the Right ASP.NET Development Company

With hundreds of companies providing outsourcing services in software design, it can be hard to choose the right one at first glance. However, if you take a closer look and see which companies are actually qualified in building your type of project and have done it before at the level of quality you expect, the number of suitable providers drops substantially. For example, a business may position itself as an ASP.NET Core development company but prove to be clueless in associated areas like MVC programming or cloud integration.

Program-Ace is upfront about the ASP.NET services we provide and our experience. You can find a selection of the projects we have worked on in our portfolio, or give us a specification and we will gladly share the relevant examples. Our specialists are ready to tackle your project in any relevant capacity, and it would be an honor to help you with your next ASP.NET project (Core/MVC, front/backend, etc.). All it takes to get started is sending us a message. 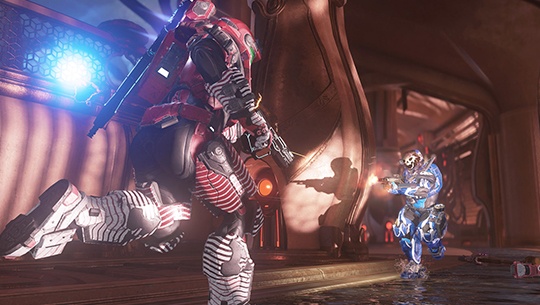 The End Of Flash or The Changes In Web Game Development
Still using Flash technology on your website? Fix it immediately. Why? Because there is another fish in the sea. Program-Ace talks about Flash failures and the perspectives of HTML solution in near future.
Games Insight Web
Read more 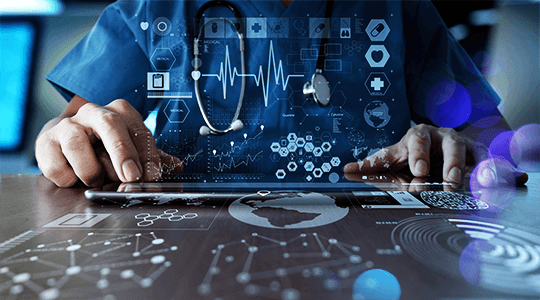 How to Set Up a Telemedicine Program: Advantages and Challenges
There has never been a better time to develop a telemedicine program, and we want to cover everything you need to know before you go down this road.
Insight
Read more 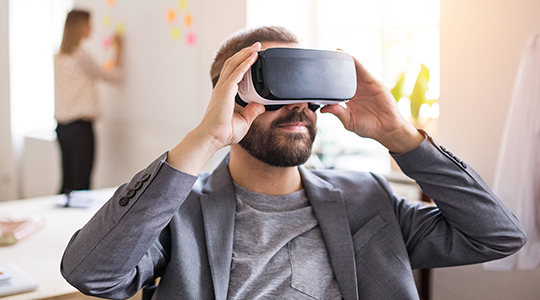 How Is Virtual Reality in Online Education Used?
It's hard to ignore that a massive surge of online education and EdTech is taking place now, and Virtual Reality (VR) is one of the technologies at the forefront of this movement. Going deeper into the world of VR development for eLearning.
Insight VR
Read more