Microservices vs Monolith: Choosing the Best for Your Business App

Both are great in different situations and lacking in others. In this article, we want to go over the differences and help you make the smart choice for your future app.
Subscribe Back to blog

When a company decides to create some software, one of the first questions that they must answer is whether to make it a monolith application or build it based on microservices. This decision is very technical and almost philosophical, so you have to consider multiple factors if you want to make an informed choice.

The debate about the two variants has been raging for over a decade, and there is no clear winner to this day. But perhaps it’s not a competition. Monolith is the classic approach to development, while microservices are like the new kid on the block. Both are great in different situations and lacking in others. In this article, we want to go over the differences and help you make the smart choice for your future app.

The first thing to understand about the two is that they are forms of software architecture. In IT, architecture represents the way an application is structured. You can think of it as the layout of software, including its key functions, modules, and attributes, as well as the relationships between all of these elements. 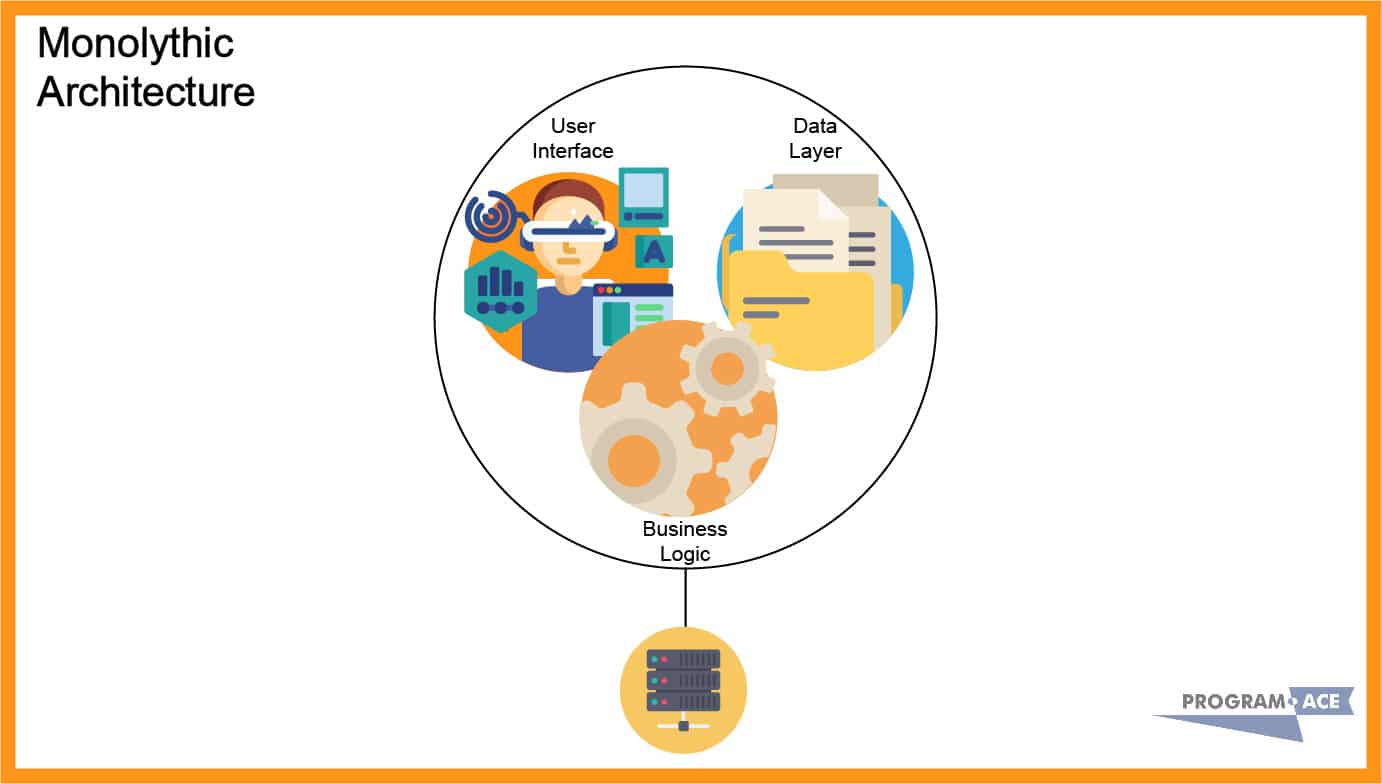 Monolithic architecture is defined by its oneness. In other words, the components and services within an app are all part of one larger structure, and everything is closely connected. Even the smallest change to a single element in the system can have a large ripple effect on the other elements. This is akin to the gears inside a wristwatch, which depend on each other to move and rotate the clock hands. 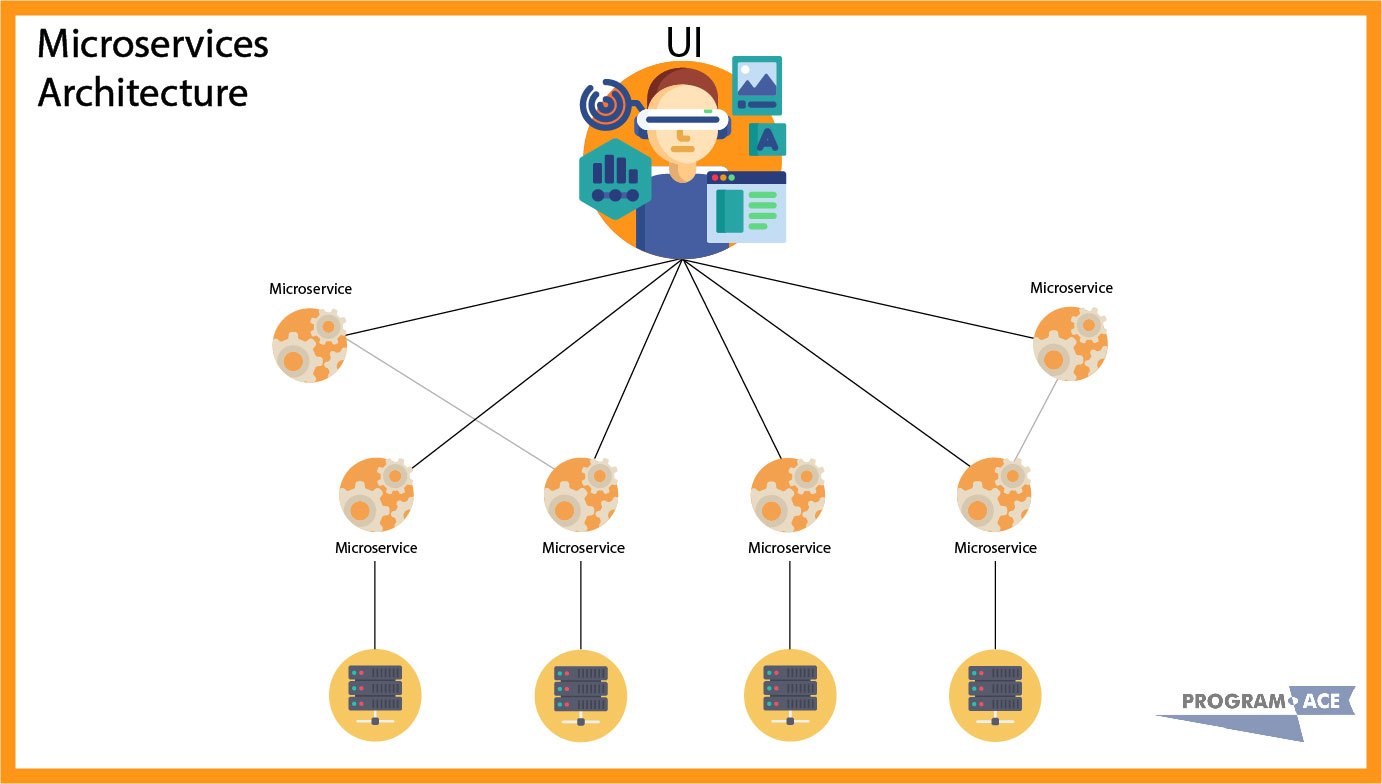 Microservice architecture is centered around modules. The functionality of the application is divided into microservices and distributed to separate modules. There are certain connective tissues between the modules that tie them together into a single piece of software and user experiences, but other than that, the modules are quite independent. Thus, changes made to one module or service can have minimal or no effect on the overall program.

You might compare this architecture to parts of a car (e.g. windshield wipers, brakes, ventilation, etc.). Though many of these parts only work when powered by the car battery, their functions do not rely on each other and can continue even when other systems are removed/changed.

Modern Examples of Monolith and Microservices

As an approach, microservices have only become popular and widespread over the past decade. Thus, you can safely think of most programs and apps developed before that type as monolithic. Still, this decade has brought impressive growth to the new approach, and we can find plenty of modern examples for both.

The web version of Facebook is well-known for its monolithic PHP backend. You might think that with all of the services and content you get from a Facebook page, breaking everything up into manageable modules would be the way to go, but Facebook chose differently. The first versions of the network were quite simple, but as it grew in popularity, they opted to go through continuous scaling instead of starting over and losing valuable time. Based on their success today, the approach seems to be working out.

Reddit is a perfect example of monolithic architecture done right. The platform has a rather simple structure with mostly cosmetic customization and limited media presentation features. As a result of these technical and design choices, Reddit has managed to continue using its original codebase with various functionality added in over the years.

Behind the popular photo and video sharing platform is a powerful server-side app that runs on Python. The codebase includes over a million lines of code, and updates are applied daily. As the platform has evolved and grown, they have kept a reliable team on hand to deploy changes and make sure that they do not have any adverse repercussions on the service as a whole. It still runs blazingly fast.

Netflix is easily one of the biggest platforms using microservices. In fact, they can even be called one of the founders of the trend. If you have used this service, you’ve probably noticed how tailored the content is to the user. This personalized experience is made possible with numerous modules and functions – video playback, analysis of user behavior, recommendations through an algorithm, etc.

Uber is one of the many tech companies that made the jump to microservices in recent years. They had been experiencing growing pains and repeated issues with deployment that often prompted code rollback, so a new approach was necessary. Once they implemented the new architecture, they could improve platform reliability, separate concerns, and make it easier for developers to deploy updates.

The popular music service SoundCloud switched to this architecture type when it became difficult for them to power all of the functions in the platform and further support its colossal databases. As a result, they were able to greatly speed up development time, create powerful internal tools and libraries, and expand the features offered to customers.

Pros and Cons of Microservices vs Monolith

At first glance, you might think that Micro architecture is superior because it was built to address the shortcomings of the monolith, but the truth is that both varieties have strengths and weaknesses.

Pros and Cons of Monolith

Pros and Cons of Microservices

Should You Use Monolith or Microservices for Your Business's App?

Making the choice between the two forms of architecture is mostly a matter of looking to the future and assessing the types of features and functionality that you want to implement into your software. With that said, we do have some recommendations about the best situations and app types to use one form or the other for.

Monolith is best used for:

Microservices are best used for:

To put it simply, monolith is a great choice for projects of small or medium scale, which need to be built quickly and do not require great expertise. They are often chosen for enterprise websites and software that demonstrates a limited range of features (e.g. a product configurator or VR training program). It is also popular for use in programs that rely on internet connections whilst providing low latency in the user experience.

In contrast, microservices are meant for building applications large in scope and complex in functionality. They handily support real-time apps like streaming platforms, online games, and telemedicine services, while leaving the door open for offline programs and cross-platform releases. They are a great choice for business management systems (ERP, PLM, CRM, etc.), and can help propel your company to new technological heights. However, they tend to require a large team with lots of expertise.

Need a Development Partner? Check Out Our Services!

Program-Ace is a company that specializes in all kinds of software development, including enterprise apps, training solutions, telemedicine, and much more. With dozens of developers on our staff, we are ready to take on projects of varying complexity, including monolith and microservice apps. We can serve as a reliable partner, extending your team or handling the full cycle of development. Our support also extends to making the switch from monolith to microservices and vice versa.

You are welcome to check out our vast portfolio of projects, and reach out to us when you are ready to discuss possible cooperation.