Proof of Concept vs Prototype vs MVP: Choosing the Best for Product Development

We will take a deep dive into POC, MVP, and prototype to allow you to make the best decision for your app development
BUSINESS DEVELOPMENT
Subscribe Back to blog
SHARE   |   0
Share
25%
Want to get more stories to your email?
subscribe
Contents
What is Proof of Concept, Prototype, and MVP?
POC (Proof of Concept)
Prototype
MVP
Is There an Overlap Between POC, Prototype, and MVP?
How does an idea develop into a proof of concept?
Moving on to prototype product development
How does a prototype grow into an MVP?
Comparing POC vs MVP vs Prototype Side-by-Bide
Settling on a Business Approach
Can I skip the POC, prototype, or MVP stage?
What do gain from using a full 3-stage approach?
What to Do if I Need Help with POC, Prototype, or MVP?

Undoubtedly, there are a lot of choices that you need to make before launching a final product. From budget revision, feature design to mockup creation, everything plays an important role. But the fact of the matter is that choosing the right development technique is one of the most important as well as impactful decisions. You can’t just directly jump into the development process if your product is in its discovery stage.

In this article, we will take a deep dive into POC (Proof of Concept), MVP (Minimum Viable Product), and prototype. Hopefully, this will allow you to make the best decision for your app development, so let’s get started.

What is Proof of Concept, Prototype, and MVP? 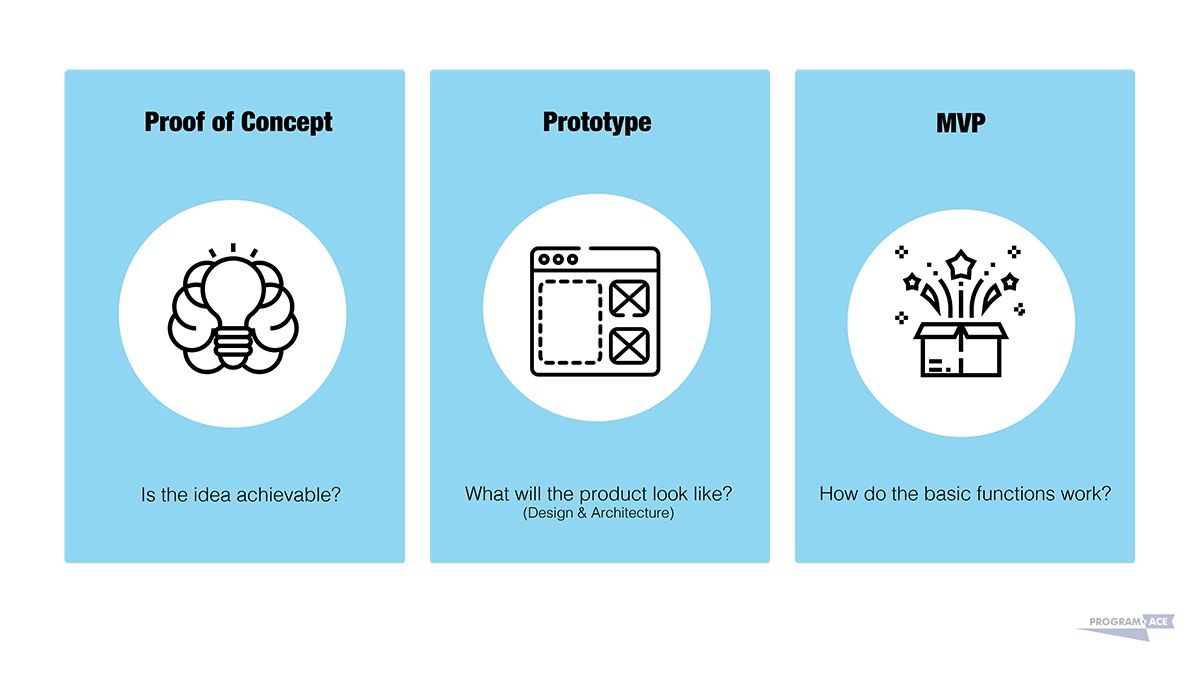 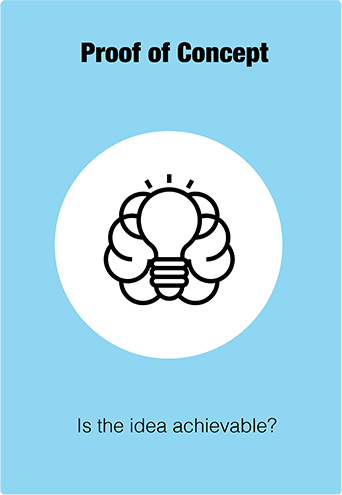 In business, POC stands for Proof of Concept, an approach that is used to validate your idea. It’s important to keep in mind that this stage comes into play way before the actual development process starts

In order to make sure whether your idea can be implemented on business model grounds and technical capability, a small project is implemented. Additionally, POC for a mobile app is not typically available for customers or the general public. That’s because the idea behind POC is to check whether the concept is actually feasible or not.

How to Create POC?

In order to make sure that your idea is feasible, you can create POC by following the five simple steps mentioned below. 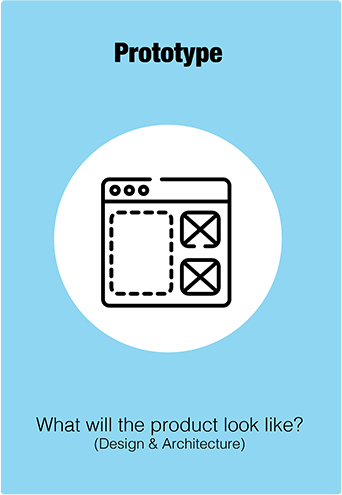 The prototype comes after the POC stage, and the main purpose of it is to demonstrate how your application will work from one page to another. It’s basically the first working model of your project that allows you to understand the experience that it will offer to the end-users.

The prototype is undoubtedly one of the most important stages of app development. You’ll most probably find some bugs and glitches in the prototype testing process. The reworking and testing process will continue until the acceptable model of your application is achieved.

A prototype helps you create the foundation on which your final software and system will stand. Keep in mind that it’s an iterative method where you find errors and eliminate them. Not only does the prototype allow you to understand the flow of your application, but it also helps you make sure that your application offers all the important and required features.

How to Create the Prototype?

You can use the following steps to create a functional prototype most efficiently and effectively. 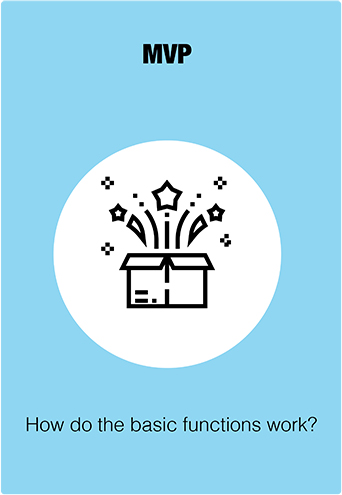 In technology, MVP stands for “Minimum Viable Product”, and it’s the first iteration of your fully functional application. It includes all the core features of your idea in working condition. It’s a standalone mobile application that you present to people to evaluate the end user’s experience.

A Minimum Viable Product allows you to verify the profitability of your application because it demonstrates market demand. Moreover, on the basis of the feedback that you get from the end-user, you can also improve your application by adding more features and fixing the errors in the existing ones.

How to Create a MVP?

Consider using the steps mentioned below to create your MVP.

Is There an Overlap Between POC, Prototype, and MVP?

Many people think that POC, Prototype, and MVP are entirely different approaches to developing mobile apps. It’s one of the biggest misconceptions. The fact of the matter is that the proof of concept, prototype, and a minimum viable product are three different stages of the complete development process. The second stage starts where the first stage ends, and the same is the case with the third and second stage. 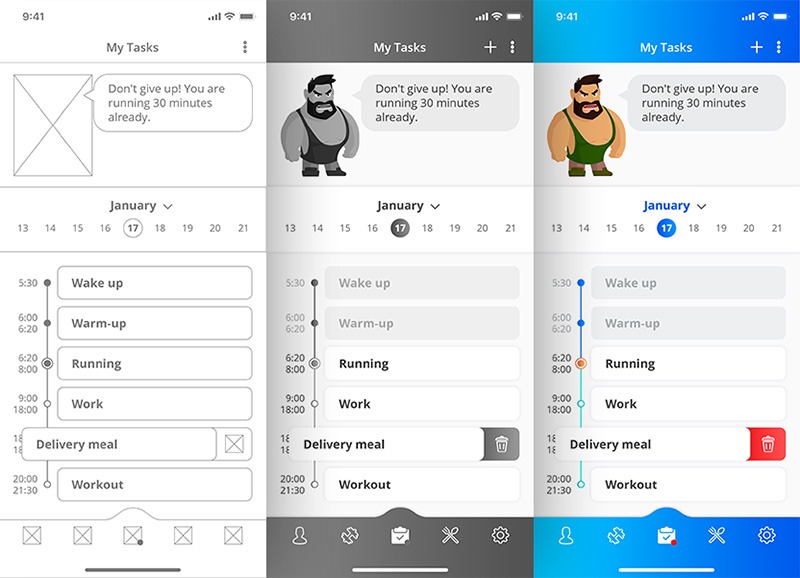 The first stage – proof of concept – is basically an intangible idea without any physical value. This stage allows you to make sure whether your idea is worth developing or not.

The second stage – prototype – is the first physical form of your application that allows you to find out how the end-users are going to interact with it.

The third and the last stage – minimum viable product – is when you launch the first fully functional model of your mobile application, which the end-users can test.

How does an idea develop into a proof of concept?

The most important factor that develops your idea into a proof of concept is proof of the need. If your idea is capable of filling the gap that exists in the market, then you can develop your POC. But you also need to plan out the main pain point to achieve it.

Moving on to prototype product development

Once you have successfully developed your proof of concept, the next step is the creation of a prototype. It must incorporate the core features as well as UI/UX of your idea into a rudimentary product that can be used to test it in real-time.

How does a prototype grow into an MVP?

An MVP (Minimum Viable Product) is a fully functional solution of your product that you can share with the general public to use. It’ll allow the end-users to test all the core features of your application, providing the primarily intended solution. An MVP allows you to test your application beyond your team members and selected individuals.

As mentioned, proof of concept doesn’t have any physical embodiment, as it’s just an idea for the mobile application that you want to develop. It shows the potential of your idea that allows you to determine whether it’s workable or not.

Lastly, MVP is the first fully functional application that offers the core feature of your application which end users can use.

Settling on a Business Approach

You can utilize any of the 3 approaches depending upon your current project state. If it’s just an idea, then it’s best to go through all the stages. But if you’re going to digitize an already existing product, you can skip the first stage to save time and money.

Can I skip the POC, prototype, or MVP stage?

All three of these stages are important and helpful, but it certainly doesn’t mean that you must always follow them sequentially. It might be unnecessary to spend time on these steps, especially on the POC in some scenarios, such as the digitalization of an existing product.

What do I gain from using a full 3-stage approach?

There are many benefits to using these approaches on different development stages, and some of the most important ones are the following:

What to Do if I Need Help with POC, Prototype, or MVP?

If you need help with POC, prototype, or MVP, then you are welcome to contact our experts. Program-Ace hosts the best development teams in Europe that offer full-cycle software development services. 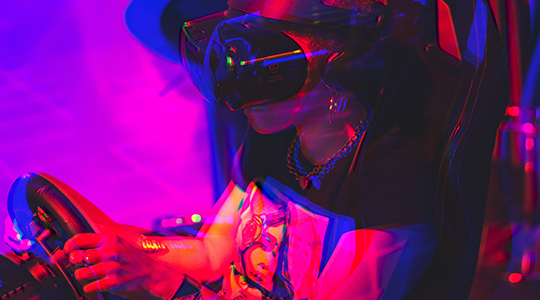 Uses of Virtual Reality Training for Employees
The global VR market was estimated to be worth $10.5 billion in 2019, and is expected to experience exponential jumps to $101 billion by 2027. But will it affect the market of virtual reality training?
Insight Training and Simulation VR
Read more 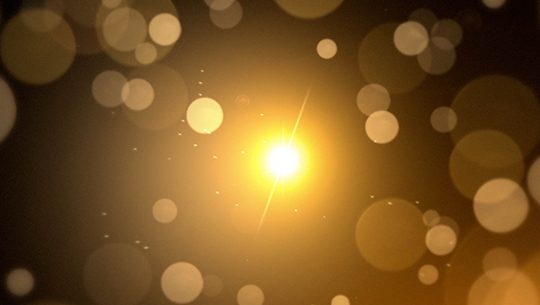 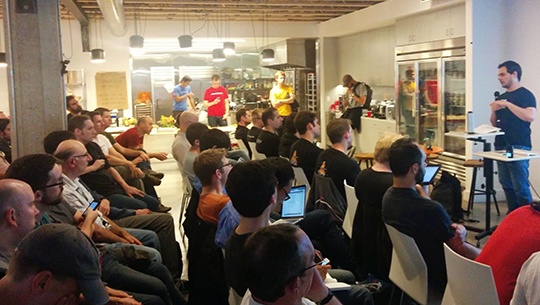