HTC introduced Vive Focus, the first "6-degree-of-freedom" standalone headset that will probably hit the market in 2018. Read the first-hand review to learn more about Vive Focus.
HEADSETS HTC VIVE MOBILITY VR
Subscribe Back to blog
SHARE   |   0
Share
25%
Want to get more stories to your email?
subscribe

Seems like, after the big announcement of Oculus Go in early October, the tech community has been devoted to mobile virtual reality. Beating Oculus/Facebook in headset shipments (400K units against 250K according to SuperData) in 2016 and going toe to toe in innovative adjustments, HTC has already teased us with standalone VR device a few times this year. On stage of Vive Developer Conference in Beijing, HTC has finally introduced Vive Focus, the first 6DoF (6-degree-of-freedom) headset that will probably hit the market in 2018. The announcement only concerns China just yet, though HTC hasn’t said exactly when it would be available. So while we are waiting to get hands on this undoubtedly revolutionary headset, let’s have a quick look at what we are actually waiting for. Spoilers alert. 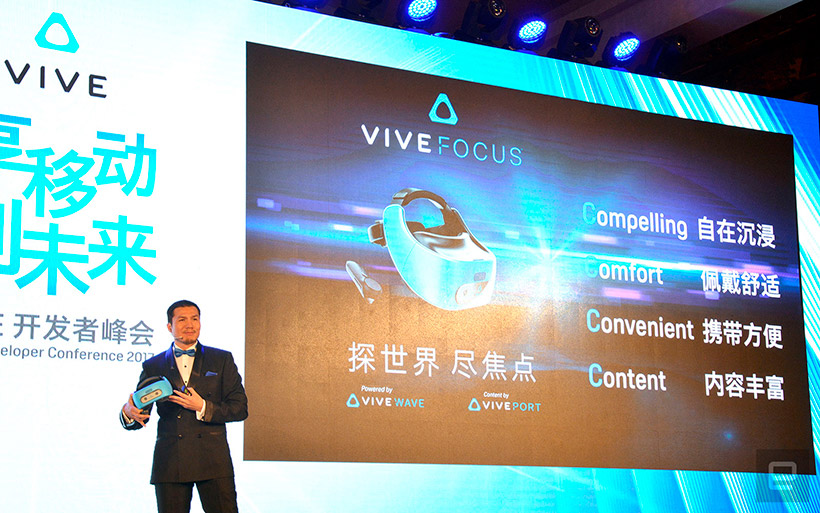 While Oculus Go is painted in grey – one of the most boring colors, – HTC mirrored their logo and chose bright blue and black as the primary color gamut for the device. The form is unusual; it resembles no head-mounted display in HTC’s or any other’s line; however, it was probably inspired by PlayStation VR and Vive’s Audio Strap. The device is lighter than Vive but still looks heavier than Go. It has adjustable, rotational head strap with leather (or leatherette) pads. The front side of Focus has somewhat like a dual-camera tracking module to be used for external positional tracking. 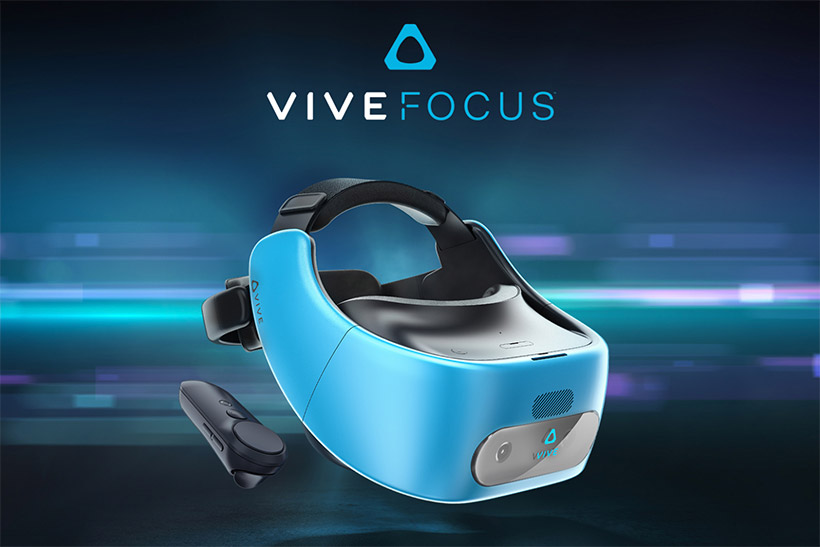 There are a headphone jack and volume buttons on the bottom side and micro-USB slot (for charging and connection) at the top. Besides branded headphones in the set, similarly to its main opponent, Vive Focus has built-in speakers near each ear that increase immersion.

As an entirely self-contained solution, Focus runs on Qualcomm Snapdragon 835 chip which made its upgraded appearance in January 2017 and is now used in a bunch of many high-end Android smartphones. Thanks to improved graphics and new signal processor, the delay between motion tracking and displaying the process on the screen is considerably cut down. Moreover, the positional audio, image stabilization, sharpness, and noise reduction are significantly improved which increase virtual reality immersion. Vive Focus uses inside-out positional tracking and a sensor pack with 6DoF which, for those who don’t speak technical abracadabra, means that it doesn’t need external processor or sensors for functioning. Yes, wire-free VR is not peeking around the corner anymore, it runs towards you screaming.

HTC just previewed the new headset, so they haven’t shared much about device’s display and optics. It will use high-resolution AMOLED display panels, but the screen resolution is yet to be announced. However, according to those who have already got their hands on the headset, the pixel density wasn’t significantly improved compared to Vive and, similarly to Oculus Go, the field-of-view remains the same.

The Vive Focus set includes a small, simple-looking Bluetooth controller with only 3DoF (three-degrees-of-freedom). It is featured with a trackpad similar to this used in HTC Vive’s controllers – a thumb trackpad and a select button are located on the top, while the trigger is at the bottom. HTC also added the volume rockers to the right side. Some expressed concern that the distance between the headset and the controller should be kept a minimum in order to function properly.

The next step towards next-gen mobile virtual reality has been done, but there will never be a smooth start for such devices. Since essential information about Focus’s specs is missing, it is quite hard to say how well the headset will perform. 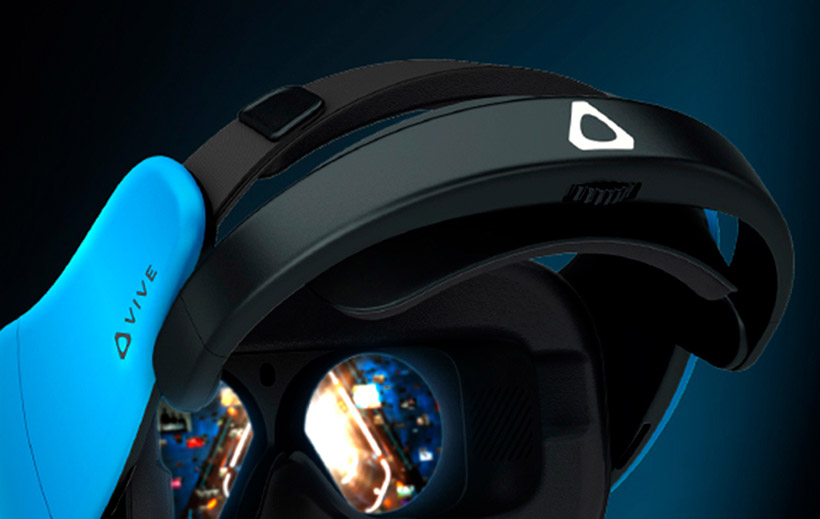 Battery life is a known problem of standalone devices, and it could backfire on Focus as well. The same goes for overheating. Here, Snapdragon 835 is playing a critical role, if it’s been optimized enough for VR, which is unknown for now.

Vive Focus is introduced to fill the gap caused by Google Daydream’s release cancellation in the United States. Unfortunately, the device’s mentioning can only be found on the Chinese version of Vive’s website for now, and there is no information regarding release dates. Probably, developers will not be able to enjoy holiday season’s sale and could purchase Focus not earlier than February next year, about the same time as Oculus Go. Meanwhile, the application for developer’s Kit is now open, so you can already start porting existing VR titles to Focus. Since HTC is only targeting Chinese market at the moment; it is unclear whenever they plan to expand selling – seems like it is another thing we will found out shortly. 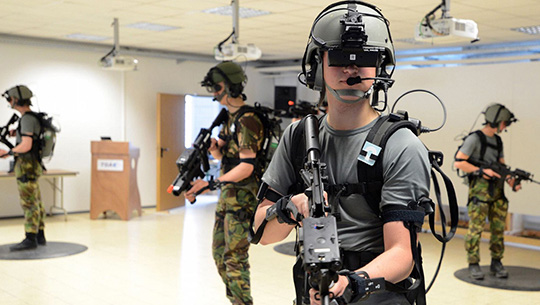 Program-Ace Explains TrainingMag How to Create a Powerful Training
Anastasiia Bobeshko conducted a research where she shares Program-Ace's experience acquired over years with TrainingMag and explains how to build effective gamified training and virtual education.
news research
Read more 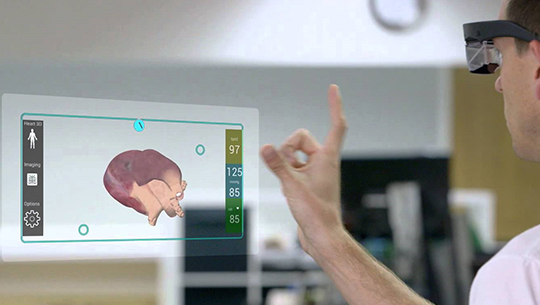 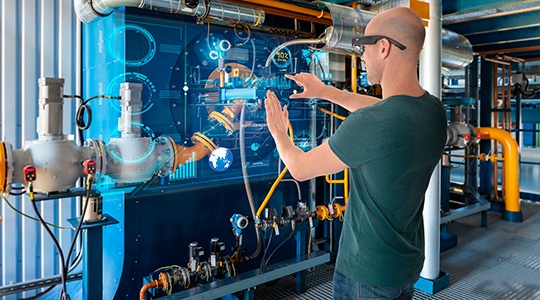 Program-Ace Webinar Announcement: The Future of XR in Business
Program-Ace will speak at the webinar hosted by ASQ RRD on March 14, 2019.
Read more